Mosul - 16th May 2022: Mr. Ameen Ibrahim Finsh, Mayor of Mosul along with the Senior Government Officials in Iraq convened with Dr. Erfan Ali, UN-Habitat’s Regional Representative for Arab States, and Mr. Wael Al Ashhab, Head of UN-Habitat Iraq country Programme for the inauguration ceremony of the Bab Sinjar Housing Complex in Mosul, a project made possible through the munificent support from the Government of Japan.

The destruction of homes has been the major obstacle for displaced citizens trying to settle back in their areas of origin. Ninewa Governorate has the highest number of vulnerable people, with more than 260,000 returnees living in deplorable conditions.

The successful completion of the Bab Sinjar Housing Complex in West Mosul offers a safe and dignified residence for 2,300 returnees who have lost their homes in Mosul. The nine medium-rise residential buildings, comprising of 324 apartments, have been built within the city centre on land offered by Mosul Municipality. With an overall budget of USD 10 million, the project also comprised of the rehabilitation of 578 houses in the nearby Zanjili neighborhood, and vocational training for 153 returnees which included 46 females. The project has successfully leveraged infrastructure investments from Ninewa governorate and is seen as one of the best practices for durable solutions.

Japan has been a major contributor to UN-Habitat projects in Iraq to assist internally displaced citizens by the ISIL crisis. Since 2014, the Japanese Government has provided approximately USD 56 million in fundings to UN-Habitat Iraq projects, including the construction of the Bab Sinjar Housing Complex.

After the ribbon cutting ceremony, several dignitaries spoke, including Mr. Ameen Ibrahim and Dr. Erfan Ali. In a video message, Mr. Kotaro Suzuki, Ambassador of Japan, lauded the efforts of everyone who contributed to make this project a success. He said: “As its name “HABITAT” shows, the assistance provided by UN-Habitat is not limited to providing housings and shelters, but also includes basic infrastructure and employment opportunities to ensure to create the entire environment for people to lead humanly lives.” Finally, keys were handed over to respective beneficiary families’ representatives.

While speaking at the inaugural ceremony, Dr. Erfan Ali expressed his gratitude to the Government of Japan for their generous support and mentioned the great partnership between the Government of Iraq and UN-Habitat from durable solutions perspective.

Mr. Ameen Ibrahim Finsh, Mayor of Mosul, expressed his gratitude to the Government of Japan and UN-Habitat. He also highlighted the great need of the similar projects towards the returnees.

A Round Table Meeting with the Mayor of Mosul preceded the Inaugural ceremony along with the Senior Government Officials and Dr. Erfan Ali. The meeting was aimed at discussing the lessons learned and best practice from this project and strengthen ongoing cooperation frameworks towards building inclusive, safe, resilient and sustainable cities and communities in Iraq, particularly in the province of Ninewa, beside supporting the country’s efforts to achieve the SDGs. 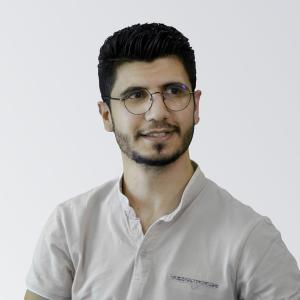