Baghdad, 09 January 2018 – The United Nations Mine Action Service (UNMAS) welcomes an additional contribution of € 17 million ($20.2 million) from the Government of Germany towards survey and clearance of explosive hazards in support of humanitarian and stabilization initiatives. The overall contribution, totalling € 44.2 million ($52.5 million) since 2016, makes the Government of Germany the most significant donor to UNMAS in Iraq.

The recent contribution of € 10 million to enable Humanitarian efforts and additional € 7 million to enable Stabilization initiatives is timely as the Government of Iraq seeks to facilitate the return of over more than three million people to their homes in liberated areas. UNMAS will focus on risk education and clearance of public spaces to support the safe, dignified and voluntary return of Iraqis as well clear critical infrastructure providing electricity, water, health and education services. Activities will be focussed in Anbar, Salahadin, Kirkuk and Ninewa Governorates.

The conflict with ISIL in Iraq has resulted in complex and extensive explosive hazard contamination and has displaced more than three million people since 2014. Explosive hazards present a significant risk for individuals returning to their communities, as well as those providing the initial response, especially in urban areas where explosive items are buried in rubble and debris from collapsed buildings. Humanitarian actors are challenged to safely provide assistance and people have been forced to abandon their homes due to explosive hazards.

Critical infrastructure, such as water treatment plants and hospitals, cannot be utilized to support communities until explosive hazards are cleared and the facilities made safe prior to rehabilitation. As people continue to return to major cities such as Ramadi, Fallujah, Mosul, Tel Afar and Hawija, the threat posed by explosive hazards remains a significant concern. Considering the extent of the contamination, it is estimated that these areas will still need many years of survey and clearance operations before being declared free from the threat of explosives.

“Mine action saves lives. The German Government is committed to mine action in Iraq and will continue to support UNMAS to work closely with the Government of Iraq to mitigate the threat posed by explosive hazards” said Dr. Cyrill Nunn, Germany’s Ambassador to Iraq. “Mine action is essential to facilitate the safe return of displaced people to their homes, and enable humanitarian and stabilization activities”, the German Ambassador added.
Mr. Pehr Lodhammar, Senior Programme Manager, UNMAS Iraq stated that “The generous contribution from the Government of Germany will support the critical work of UNMAS to enable the safe, dignified and voluntary return home of hundreds of thousands of Iraqis to liberated areas.” 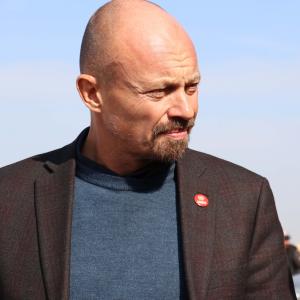