Baghdad, 1 December 2017 – The World Health Organization (WHO), with funds from the Government of Kuwait, has established a post-operative care unit in Al-Salam Hospital, East Mosul to enhance the capacity of Ninewa’s Directorate of Health to provide quality post-operative care for surgical patients during the first 24 to 72 hours.

The 42-bed facility was constructed and equipped at the request of Ninewa Directorate of Health and contains female and males wards: each equipped with admission and physician consultation rooms, nurses and doctors rest rooms. The facility will be used to admit patients who are recovering from a surgical procedure.

Al-Salam Hospital is one of the 6 major hospitals that were severely damaged during the Mosul operations. It is among the few that recently re-opened and are currently experiencing a surge in the patient caseloads.

The construction of the facility was timely, and will help to accommodate increased caseloads of trauma and emergency patients seeking surgical interventions, and to improve in-patient comfort in the hospital. The hospital currently serves the needs of people from east and west Mosul given that all hospitals in west Mosul remain non-functional and closed.

As the situation normalizes, and as more people return to their homes of origin, the need for essential lifesaving emergency, trauma and post-operative health services remains incredibly high. These, however do not match the capacity of the few functional hospitals in Mosul.

WHO and other health partners are working tirelessly hard with health authorities to restore, rehabilitate and rebuild the health system and infrastructure so that all people receive quality health care. Thanks to WHO’s donors, The Government of Kuwait, European Union Humanitarian Aid (ECHO), the Office of United States Foreign Disaster Assistance (USAID/OFDA), the Government of German and the Government of Japan. 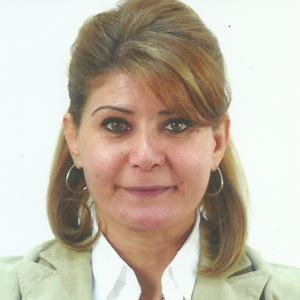