Ministry of Labour and Social Affairs, and ILO launch activities to combat child labour in Iraq

Baghdad, Iraq, 19 December 2021 - The Ministry of Labour and Social Affairs and the International Labour Organization kicked off a series of activities that support a nation-wide campaign to tackle the worst forms of child labour in the country.

The activities are part of a nation-wide campaign to tackle the worst forms of child labour in the country.

The campaign, which will target over 10,000 children, their families and guardians, teachers, employers, and the media, includes awareness raising sessions in schools and districts where child labour is widespread and school drop-out is common.

A team composed of representatives and experts from the Ministry has been established to undertake the activities in Baghdad and other cities across the country, in efforts to highlight the increasing dangers of child labour and the importance of education.

“The Ministry of Labour and Social Affairs, under the supervision of His Excellency Minister Adel Al-Rikabi, has launched this campaign to combat the worst forms of child labour, in collaboration with the ILO and which is being implemented jointly with various partners including civil society organizations,” said Raed Jabbar Bahedh Director General of the Department of Labour and Vocational Training at the Ministry of Labour and Social Affairs. “We are ready to cooperate with all entities involved in this campaign to raise awareness on this important issue, among children and families but also among employers in sectors where child labour is most prevalent.”

The first visits took place at schools in Baghdad’s Sadr City, where leaflets, hats and T-shirts were distributed among young students and discussions were held to shed light on the importance of staying at school.

“In recent years, Iraq has witnessed an increase in child labour, including its worst forms, which has continued to interfere in children’s education, causing harm on many levels, including mental, physical and social,” said Maha Kattaa, ILO Country Coordinator in Iraq. “For the ILO, tackling the worst forms of child labour is a critical priority in Iraq and joining forces with the Ministry of Labour and Social Affairs and social partners in this campaign will ensure that we spread awareness on the dangers and consequence on child labour to the heart of communities most affected by the rise of child labour in Iraq.”

Other activities will include workshops with the media and stakeholders on national and labour standards and practices related to child labour, and the production of a series of videos, radio and TV programmes to raise awareness among students, teachers, parents, and the general public on the role they can play in addressing child labour.

Iraq has ratified the ILO Minimum Age Convention, 1973 (No. 138) and the ILO Worst Forms of Child Labour Convention, 1999 (No. 182), which are central to the fight against child labour. In December 2019, the ILO signed and launched a Decent Work Country Programme (DWCP) in Iraq in partnership with the Government and social partners for the period 2019-2023. Under the programme, the ILO is working with government, worker and employer organizations to support national initiatives on employment promotion, rights at work, social dialogue and social protection, including developing an effective framework to address child labour.

Ministry of Labour and Social Affairs, and ILO launch activities to combat child labour in Iraq 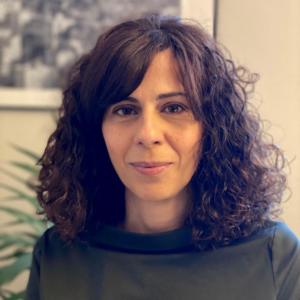