Erbil, Iraq, 30 November 2017 – The completion of the second phase of the liberation of West Anbar towards end of October 2017 has resulted in need for humanitarian assistance for the current and displaced residents in the areas of Ana, Rua, Qaim & Obaidi. It is estimated that approximately 60,000 people, out of whom 15,000 are women of reproductive age, remain in Qaim, Ana, Rawa, Obeidi and the surrounding villages.

The United Nations Population Fund (UNFPA) in Iraq and its partners were at the forefront to assist pregnant women and girls in West Anbar as part of its rapid response to emergencies. To meet the needs of women and girls, UNFPA supported its partner, the United Iraqi Medical Society (UIMS) to deploy two mobile delivery units in Qaim and Ana areas where no health facilities were functional due to lack of supplies, equipment and medical personnel.

In a month’s time, the mobile delivery unit set-up in Ana had conducted 30 deliveries, while the one in Qaim deployed on the 26th of November conducted two deliveries in one day. In addition, UNFPA is sending equipment and medical supplies to meet the requirements for complicated deliveries.

Traumatized young girls and women living under ISIL rule and suffering from different forms of gender-based violence for the last 3 years were also provided treatment and psychological care. UNFPA facilitated the establishment of a Women Community Center and outreach teams in Ana and Qaim.

The trained social workers identify and provide counseling to women and girls who faced, and often continue to be subjected to gender-based abuse including forced marriages. Dignity kits were also provided in West Anbar.

Internally displaced persons were also given access to reproductive health (RH) and GBV services through the clinics in different camps in Anbar Governorate and the remote areas such as Rutba and Heet, where services have been halted and facilities were damaged.

These life-saving interventions were the outcome of a major funding support received from the Government of Japan and the European Civil Protection and Humanitarian Aid Operation (ECHO). 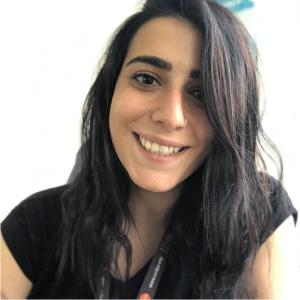