Baghdad, 10 December 2022 – In a nation as richly diverse as Iraq, the Universal Declaration of Human Rights (UDHR) is particularly relevant and powerful. Its guarantee of human rights without distinction of nationality, gender, national or ethnic origin, religion, language, or any other status, serves to unite Iraqis in their shared aspiration to achieve equality, freedom and human dignity. So, it comes as no surprise that it will gain more traction when it is translated into eight national minority languages.

To mark the launch of a year-long campaign leading up to next year’s 75th anniversary of UDHR and leading up to International Human Rights Day, the Office of the High Commission for Human Rights Iraq, through UNAMI’s Human Rights Office, coordinated the efforts of linguistic experts from across Iraq’s component groups to translate the UDHR’s 30 Articles. These translations into Avesta, Bahdinan, Faili Kurd, Macho, Mandaic, Shabaki, Sumerian and Turkmen are now available online alongside Arabic, Kurdish and Kurmanji.

The UDHR, proclaimed in 1948, has provided a common standard of achievement for all peoples and nations, setting out a broad range of human rights and fundamental freedoms to which everyone, everywhere around the world, are always entitled.

The detailed and careful translation process into the minority languages in Iraq served as a powerful and inclusive means of entrenching the meaning of the universal norms of UDHR into the local communities, and of reinforcing the link between them and the global human rights family. 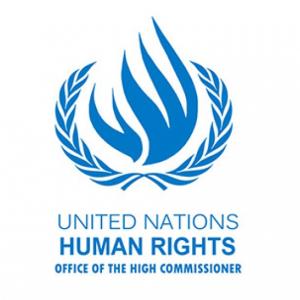