Last year, according to UNESCO, 62 journalists around the world were killed just for doing their jobs.

Many lost their lives while covering conflict. But in recent years, the number of media workers killed outside conflict zones has risen. In many countries, simply investigating corruption, trafficking, human rights violations or environmental issues puts journalists’ lives at risk.

Impunity for killing journalists is extremely high. According to UNESCO, almost 9 out of 10 cases go unpunished. And journalists face countless other threats – ranging from kidnapping, torture and arbitrary detention to disinformation campaigns and harassment, particularly in the digital sphere. Women journalists are at particular risk of online violence.

Crimes against journalists have an enormous impact on society as a whole, because they prevent people from making informed decisions. The COVID-19 pandemic, and the shadow pandemic of misinformation, has demonstrated that access to facts and science is literally a matter of life and death. When access to information is threatened, it sends a disturbing message that undermines democracy and the rule of law.

Today, on the International Day to End Impunity for Crimes against Journalists, we commemorate the legacy and achievements of journalists killed in the line of duty, and call for justice for crimes committed against them.

I urge Member States and the international community to stand in solidarity with journalists around the world today and every day, and to demonstrate the political will needed to investigate and prosecute crimes against journalists and media workers with the full force of the law. 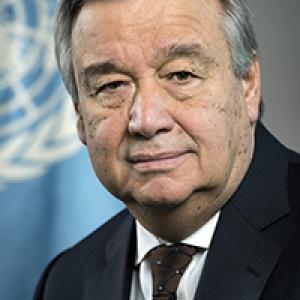