BAGHDAD – On the International Day of Awareness of Food Loss and Waste (IDAFLW), the Food and Agriculture Organization of the United Nations (FAO) and the United Nations World Food Programme (WFP) call for action to address food loss and adopt sustainable food waste management in Iraq.

We call upon the Government of Iraq and the Kurdistan Regional Government to establish develop national targets and strategies in line with SDG 12.3. We also call on the government to encouraging supply chain collaboration with the aim to reduce food waste during production, processing and storage stages as well as support innovative behavioral changes to shift and reduce consumer food waste norms.

To reduce food waste in Iraq, efforts must be made to encourage improved behavioral practices among food providers and consumers, as well as increased investments in intra-regional trade and the modernization of food supply chains.

Globally, while more than 820 million people go to bed hungry each night, FAO estimates that one-third of global food production – estimated at 1.3 billion tons of food – is annually lost or wasted along the supply chain, amounting to a financial loss of about US$ 1 trillion annually. The food produced but never eaten would be enough to feed two billion people. That's more than twice the number of people on the verge of famine across the globe.

Food production has environmental and monetary costs and has become increasingly difficult in the current climatic condition with an ever-increasing population is very difficult. Food waste and food loss drains valuable resources such as water, land, energy, labour and capital especially in the region; one of the world’s most affected by water scarcity.

The impact of food waste on the environment is also massive; it is estimated that food loss contributes 6-8% of all human-caused greenhouse gas emissions, effectively helping accelerate climate change. Most of the discarded food ends up in landfills, and as it decomposes it produces methane, a greenhouse gas that has 80 times the warming power of carbon dioxide.

FAO and WFP renew their commitment to work with both governments to develop and implement “awareness campaigns” and “food banks” to mitigate food waste by collecting unserved food and channeling it to people who need it and complement Iraq’s efforts to end poverty, reduce hunger and improve human health.

The Food and Agriculture Organization of the United Nations (FAO) is a specialized agency that leads international efforts to defeat hunger. It aims at transforming agri-food systems, making them more efficient, inclusive, resilient and sustainable for better production, better nutrition, better environment and better life, leaving no-one behind. FAO’s goal is to achieve food security for all and make sure that people have regular access to enough high-quality food to lead active, healthy lives. With over 194 Members, FAO works in over 130 countries worldwide.

The United Nations World Food Programme is the world’s largest humanitarian organization, saving lives in emergencies and using food assistance to build a pathway to peace, stability and prosperity for people recovering from conflict, disasters and the impact of climate change. 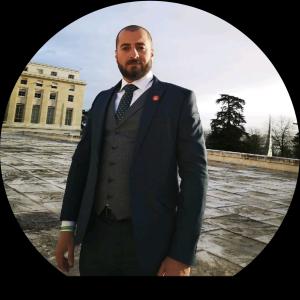